A major problem with some of the popular works in the horror genre has been its over-reliance on the supernatural stuff. Relying only upon suspense and jump scares to illicit audience’s emotions rather than developing a effective character driven horror.

The Haunting of Hill House, created by Mike Flanagan, is a modern re-imagining of Shirley Jackson’s 1959 novel of the same name. Flashing between the past and the present, the series follows five siblings who grew up in the most famous haunted house in America. As adults, circumstances forces them to finally confront the ghosts of their pasts – some metaphorical, some perhaps literal.

A common problem with serialization of a horror story is that how could anyone possibly maintain the tension required by the horror genre over ten hours. It’s never really been done before with too much success. That’s why ‘The Haunting of Hill House’ doesn’t feel like anything you’ve really seen before…

The perfect way to explain it could be ‘This is Us’ meets ‘The Conjuring’ , but that also kind of undersells what Mike Flanagan and Netflix have managed to accomplish here.

In his vision, the focus of the series is shifted from the events of Hill House to the lasting impact of its impressions on the lives of five brothers and sisters who saw their mother take her life at the house when they were children. And its this act of moving the focal point of the story from the confines of the haunted house to the modern, outside world that make this series terrifying, raw and revolutionary.

This psychological focus does not mean that the traditional horror one might expect is lost, in fact the series is brilliant because it evokes the slow-build terror associated with classic ghost films. The horrific circumstances of the family’s time at Hill House and its terrifying nature is encapsulated by Flanagan’s varying use of close-ups and panning shots… which create the suspense, fear and jump scares that horror fans will devour, while the blend of richly dark and cinematic shots will satisfy avid film buffs. A perfect mix for all !!

To play the grown-up Crains, all still reeling from the death of their mother in the titular nightmare house, Flanagan has assembled a cast of varying renown. Elizabeth Reaser, of Twilight and Grey’s Anatomy, and Michiel Huisman, of Game of Thrones, are perhaps the best-known. Kate Siegel, Oliver Jackson-Cohen, and Victoria Pedretti are a little more off the radar, particularly Pedretti, as this is her first substantial credit. And yet she gives maybe my favorite performance of the series, playing wounded youngest sister Nell. Also, the child actors deserves plaudits for holding strong on the flashbacks as well.

The show satisfies despite some omission. Usually in a story like this, we eventually get some kind of origin story for the house’s malevolence : there were wicked owners, it was built on cursed ground, etc. But as the Crains’ psychological knot slowly loosens, it’s increasingly apparent that the what and why of Hill House aren’t really going to be answered this time. Maybe a setup for Season 2 !!

We can’t talk about the direction and cinematography without mentioning Episode 6 (Two Storms). The first 15 minutes of episode six were done in one straight take. The long shots were a thing of beauty which I never associated with the horror genre. It felt more like a play. The staging, the acting, the writing, everything felt brilliantly theatrical. One of the best television episodes in recent TV history in my opinion.. !!

Mike Flanagan’s new series is a family drama first. That makes it all the more terrifying when the actual ghosts arrive. And that’s the greatest strength of  ‘The Haunting of Hill House’ , the way in which Flanagan and his writers organically bring horror into a relatable emotional dynamic with well-drawn characters we come to like.

Ghost stories are inherently grounded in emotions we all feel; they came about as a way to deal with grief and explain the nightmares often associated with it. Flanagan and his team keenly understand how painful memories and deep wells of grief can lead to sleepless nights.

As a long term horror fan watching this series I never expected it to feel this revolutionary : this is by far the most complex and complete horror series of its time. It has set the bar high, and proved that the series format is easily workable for slow-build terror if approached properly. Please take a note, American Horror Story !!

The horror here never feels cheap, coming from its remarkable setting in the flashbacks and its characters’ emotions in the present day.

And watch out for statues, closets, windows, etc. in the background in every fucking scene !! Watching for ghosts in the background of scenes is the best “Where’s Waldo” I’ve ever played in a horror film. Very subtle and creepy. The good folks at Reddit have also created a cheat sheet to help you with it !! 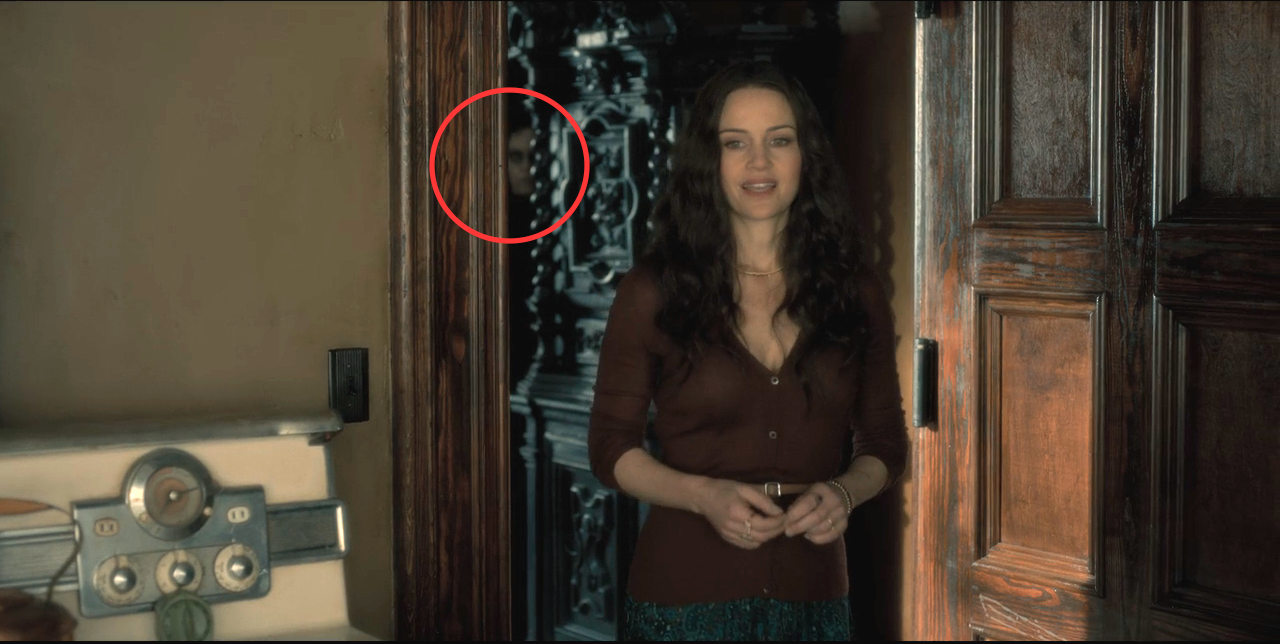 For fellow horror fans, this will be a welcome treat, one of the best television series they’ve ever seen, and for those who scare more easily it’ll be a surprising family drama that they might find best viewed with the lights on !!