It is still a keen area of debate whether Animal Farm remains relevant for readers of this generation, and I certainly believe it is. After reading the book, I found its themes and messages just as powerful, moving and relevant as they must have been seven decades ago…

My Rating : ★★★★★
Published In : 1945
Plot : Animal Farm is an allegorical novel by George Orwell, which is set in a world where animals are much cleverer than now. And because of their cleverness, the pigs started a revolution against the humans. Pigs could speak fluently in English unlike the other animals, and that gave them the power to be leaders. But, the story that follows only happened a few years after that…

Animal Farm is set in a farmyard where the animals decide to seize the farmer’s land and create a co-operative that reaps the benefits of their combined labors. However, some animals see a bigger share of the rewards than others, and the animals start to question their supposed utopia. Little by little, the rules begin to mysteriously change, and the pigs seem to gain power little by little, making the animals question what society they were striving for in the first place and whether their new-found freedom is as liberating as they might have hoped. 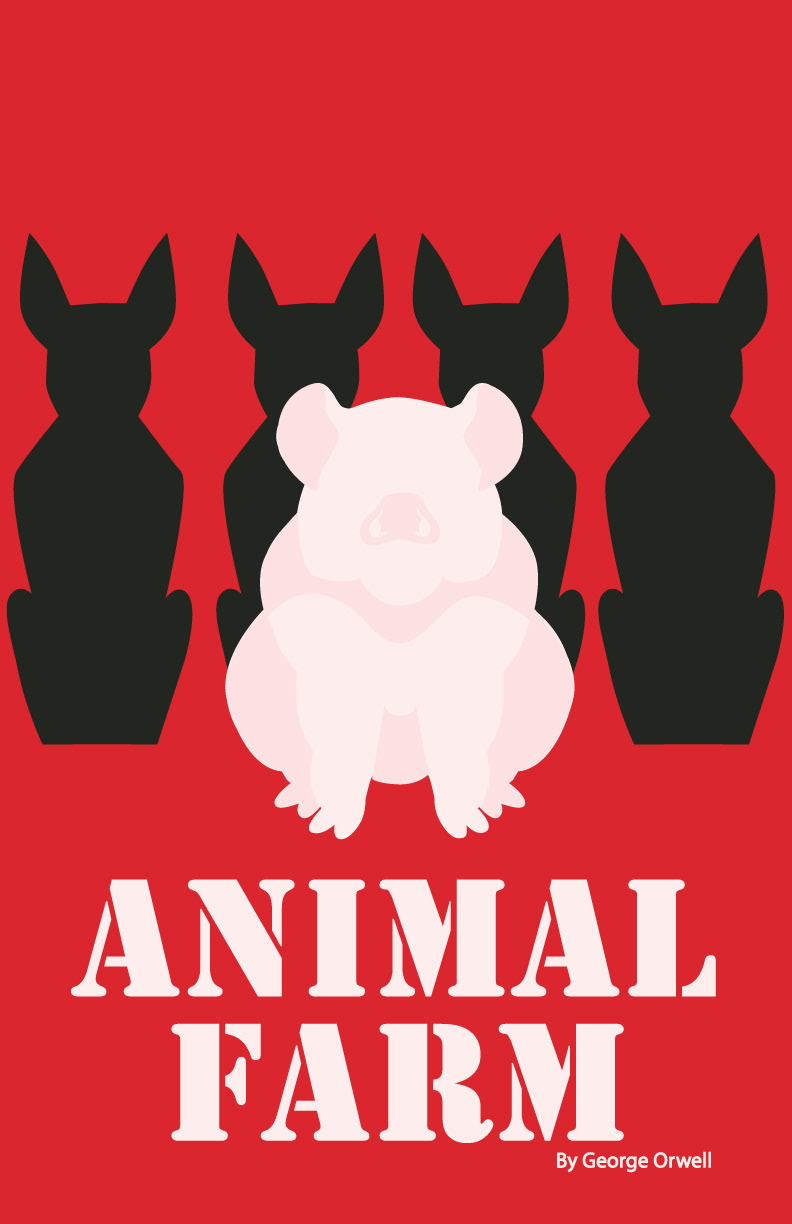 Animal Farm is easily the most famous work of political allegory ever written. The animals take over the running of a farm, and everything is wonderful for a while… until the pigs get out of hand. It is a brilliant description of what happens when the revolution goes astray. Allegory is hard to do gracefully, but Orwell manages it superbly. While true appreciation of Animal Farm requires an understanding of the history of the Russian revolution, those without it will still get the point. And Animal Farm can even be appreciated as a story by children with no understanding of the political message at all !!

The story can be enjoyed as the simple, moving and enlightening parable it essentially is, a story that clearly shows humankind at its best and very worst. For me, it highlights the demons within every human – jealousy, greed, laziness and cruelty born of fear.

The slow ironic twist from the original purpose of the Seven Commandments, which were supposed to keep order within Animal Farm by uniting the animals together against the humans and preventing animals from following the humans’ evil habits, demonstrates how simply political dogma can be turned into twisted propaganda.

Reading the new commandments i.e. “All animals are equal, but some animals are more equal than others“, and “Four legs good, two legs better!” gives you the complete 360 degree turn of the entire movement.

Animal Farm is moving, bitter and a warning from history – one of which will of course be ignored, for that is what humans excel at, repeating the errors and misjudgments of the past. It is a book that anyone could and should read…