It’s a really honest portrayal of drugs and is surely one of the finest “drug” movie out there. There’s a joyous feeling coupled with despair that really pervades that film and I think it does the subject justice. Danny Boyle’s classic holds up terrifically well. 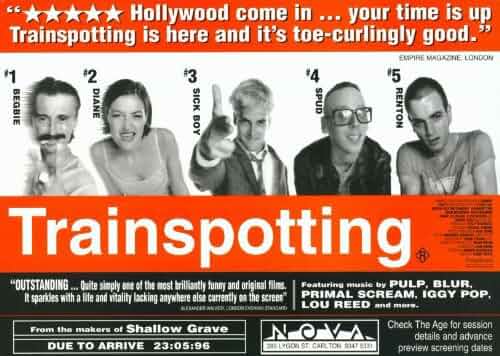 Plot
Mark Renton (Ewan McGregor), a young man with few prospects and fewer ambitions, lives in economically depressed Edinburgh. Like most of his friends, Renton is a heroin addict who loves the drug’s blissful nothingness; financing his habit also provides excitement and challenges that his life otherwise lacks.

Review
Based on Irvine Welsh’s novel of the same name, Trainspotting is a 1996 British satirical drama film and one of the most realistic and honest portrayals of illicit drug abuse in film history. While there isn’t a very well defined plot, the movie follows a group of Scottish youths in Edinburgh who turn to heroin to escape the dreary monotony of everyday life. The protagonist, Marc Renton, portrayed by Ewen McGregor, decides to give up heroin and the movies illustrates how this decision affects his relationships with his former using buddies.

This movie was the first and most successful ’90s British attempt at answering films like Goodfellas or Pulp Fiction. It has a version of their spirit and power and matches them for hardcore violence, horror and drugs. 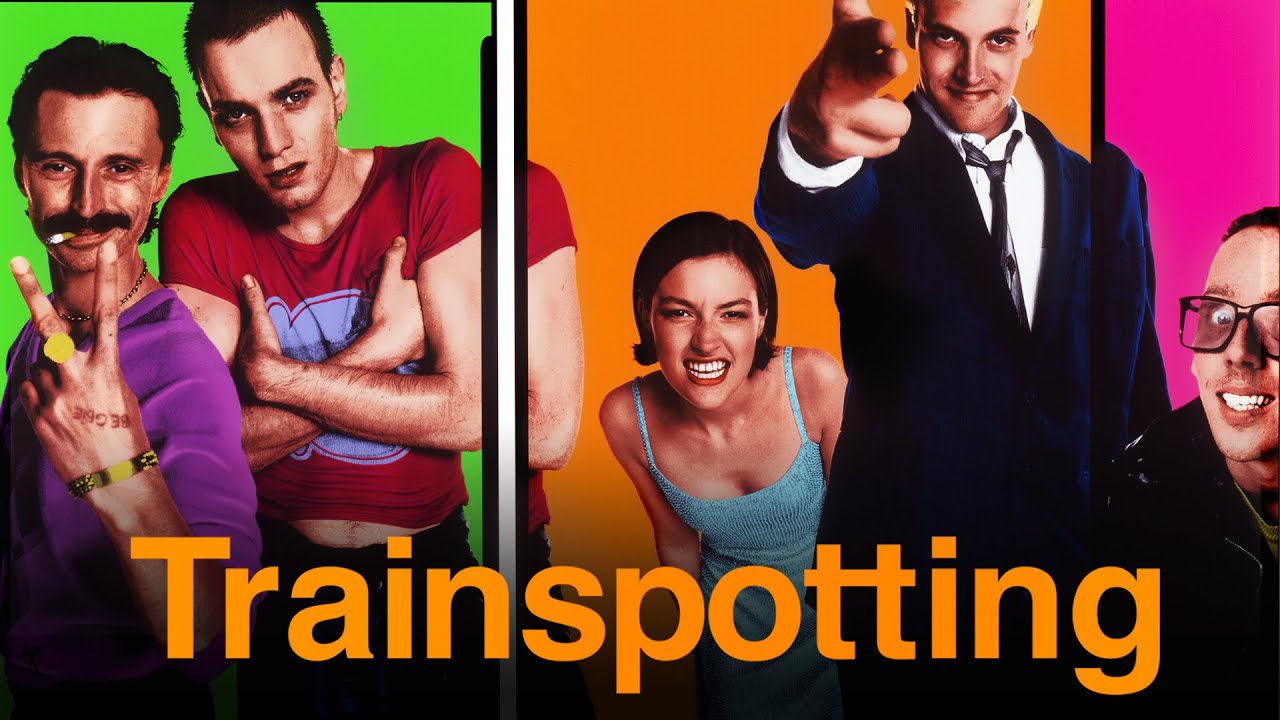 Trainspotting is supercharged with sulphurous humour and brutal recklessness… It charges at you like Ewan McGregor’s Renton sprinting from store detectives in the opening sequence. In 1996, his famous “choose life” monologue was dynamic ; in 2018 it sounds something like a school kid’s Instagram profile !!

The movie has been attacked as pro-drug and defended as anti-drug, but actually it is simply pragmatic. It knows that addiction leads to an unmanageable, exhausting, intensely uncomfortable daily routine, and it knows that only two things make it bearable: a supply of the drug of choice, and the understanding of fellow addicts.

The reason there is a fierce joy in “Trainspotting,” despite the appalling things that happen in it, is that it’s basically about friends in need. The characters are without recognizable virtues, and neither they nor the movie asks us to like them. But they are full of energy and underplayed wit, endlessly picking themselves up off the filthy floor.

I think it’s a really honest portrayal of drugs and is surely one of the finest “drug” movie out there. There’s a lot of comedy and laughter in that movie, something missing from an equivalent finest, “Requiem for a Dream”, which is a deep pit of despair that never really lets you go. There’s a joyous feeling coupled with despair that really pervades that film and I think it does the subject justice.

Because honestly, that’s what it’s like a lot of the time. It’s funny, you’re laughing, you’re talking about lofty subjects in a very fumbling, cursory sort of way, and expressing your discontent with everything. So the way the good times were juxtaposed with the bad times is authentic. The circle you do drugs with tends to go deeper than just normal friendship for some reason.

The violence and pointless shit that happens throughout the movie is a well-portrayed critique on post-Thatcherist Great Britain and especially the state of disrepair in which Scotland (Glasgow and Edingburgh in particular) had fallen in that time.

Trainspotting is a film that walks an incredibly thin tightrope between comedy and drama. The fact it manages to balance big laughs… the Sean Connery voices while shooting, Spud’s accident with utterly harrowing drama, Tommy’s funeral, and the most horrifying scene of the movie related to baby Dawn – is incredible, and only the very best films manage to balance it as nicely as Trainspotting.

It planted a seed for the Scottish independence campaign with Renton’s state-of-the-nation aria: “It’s shite being Scottish! We’re ruled by effete arseholes!” Like Archie Gemmill in 1978, scoring for Scotland against Holland in the World Cup, Trainspotting found the back of the net.