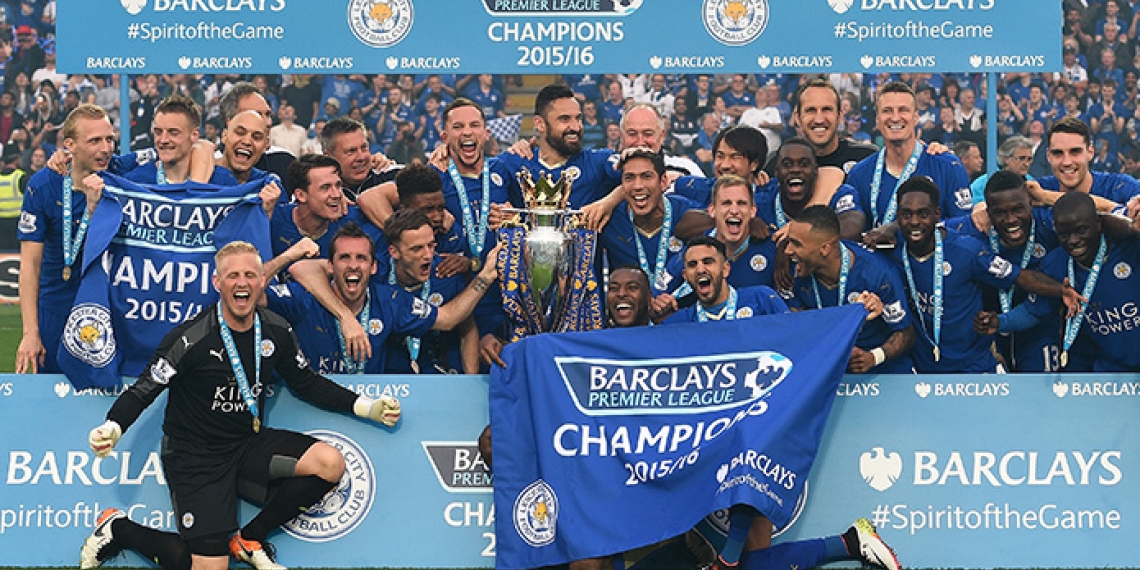 In July 2015, Claudio Ranieri was enjoying a break in Italy when he received a phone call from Steve Kutner, his agent, that would end up changing the face of English football in a way no one could have imagined. Kutner managed to convince Jon Rudkin, Leicester City’s director of football, that Ranieri was worth considering as the Premier League club’s new manager and finally there was news of a breakthrough.

I remember my first meeting with the chairman when I arrived at Leicester City this summer. He sat down with me and said, “Claudio, this is a very important year for the club. It is very important for us to stay. We have to stay safe.” . My reply was, “Okay, sure. We’ll work hard on the training ground and try to achieve this.”

Forty points. That was the goal. That was the total teams targeted to stay in the first division. Back then, no one would have dreamt to see Leicester City at the top of the table with 81 points. Last year, the club was at the bottom of the table for most of the year and just avoided relegation. Unbelievable… !!

The fairytale-ish aspects of this are well rehearsed. At the start of the season Leicester were 5,000-1 with bookmakers to win the league, a wager taken up by only 12 William Hill punters. Three months into the season, with Leicester already haring away at the top of the table, they were still 1,000-1 to win it. Still a freak, a blip, a hilarious blue-shirted glitch.

The bald facts of the Leicester Supremacy in the past are also brilliantly stark. This is a club whose previous highest league position was a runners-up spot in 1929, who have been relegated or promoted 22 times in all. Too small to stay up, too big to stay down, Leicester are instead the ultimate ballcock team, clunking up and down between the divisions with reassuring regularity, an inbetweener club in a city on the way to somewhere else.

Two seasons ago they were fighting their way up out of the second tier. In February last year they were bottom of the Premier League and on their way down before a stunning late rally under Nigel Pearson, who was abruptly sacked.

Ranieri’s appointment was also viewed in the most positive light and there is no point in pretending otherwise now. On the afternoon the Italian was unveiled at the King Power Stadium – seven days after Gary Lineker had echoed the thoughts of many with a tweet that read: ‘Claudio Ranieri? Really?’

Many of Leicester’s players have come from humble beginnings. Four years ago Jamie Vardy, their top goalscorer who has just debuted for England, was turning out for Fleetwood Town in non-league soccer ; Mahrez was playing for Le Havre reserves, and N’Golo Kanté was breaking through in a Boulogne side sliding towards France’s third division. Marc Albrighton, inexplicably, was deemed not good enough for Aston Villa, the Premier League’s worst side by a distance.

And now from nowhere we have this, a season that has quite literally morphed into a Hollywood script. Indeed a Jamie Vardy movie is already in pre‑production, based on the life and times of Leicester’s improbable top scorer, a late-blooming, whippet-thin, scaldingly quick journeyman striker. Vardy once spent half a season being substituted after an hour at his non‑league club so he could rush home and make the curfew on his electronic tag, the result of a conviction for assault outside a pub !!

Vardy’s success is electrifying, a late‑career rise from non-league to national team that simply doesn’t happen, can’t happen, has happened.

And then there’s N’Golo Kante, best explained by Ranieri himself :

This player Kanté, he was running so hard that I thought he must have a pack full of batteries hidden in his shorts.

He never stopped running in training. I had to tell him, “Hey, N’Golo, slow down. Slow down. Don’t run after the ball every time, okay?” . He says to me, “Yes, boss. Yes. Okay.” Ten seconds later, I look over and he’s running again.

Riyad Mahrez, a rakish, mooching, sublimely skilful Algerian, was playing French second division football two years ago, considered too lightweight for the thunder of top-level football. And later, he was named player of the year in the world’s most relentlessly concussive league.

Mahrez has been unplayable at times this season and if ever there was a performance that clinched the votes for the PFA player of the year award, it was during February’s 3-1 victory at Manchester City. It was Mahrez at his best, when it mattered most, and provided a seminal moment in Leicester’s season

Leicester team beat Sunderland 4-2 on the opening day in August, and they just kept winning, and winning, and winning. What began as a mildly diverting tale morphed into something with an impact beyond soccer : a feel-good underdog story without compare. As the season has rolled through the winter into the spring, everyone in England, soccer fan or not, seemed to be rooting for Leicester.

Ranieri, however, was no fool. By that stage Leicester were enjoying the view from the top of the table and the manager was keeping a lid on expectations with his expert handling of the media. Press conferences started with a handshake for everybody in the room, invariably finished with laughter and in between there was constant talk of hitting 40 points. He even referenced the US president at one stage when asked about the title. “I’d like to say: ‘Yes we can!’ But I am not Obama,” Ranieri said, smiling.

Behind the scenes ambition was growing. In a colourful and eclectic dressing room, the team spirit and determination, as well as the individual talent, was shining through and, in many people’s eyes, inspiring Ranieri every bit as much as his players. He needed to look no further than the dejection among his players after the 1-1 draw with Manchester United in November to see the hunger and belief burning within.

And when they finally realized that the summit is within touching distance, time for dilly ding dilly dong !!!

It should be said Leicester are not all unicorns and stardust. This is a tough, gnarly team that can hustle and grapple and work between the lines of the laws.

Leicester’s success under Ranieri will go down as one of the greatest achievements in sport, never mind the insular world of English football, and as Wes Morgan stepped forward to pick up that 25kg Premier League trophy, the obvious question to ask was how on earth have they done it?

The truth is that even those on the inside at Leicester shake their heads in disbelief, half-expecting to rub their eyes one morning and realise it was all a dream. Nobody at Leicester would dare to claim that they saw this coming, yet that is not to say that they struggle to come up with reasons why everything has spectacularly fallen into place, chief among them being the exhilarating mix of team spirit and talent within a group of players who possess a rare commodity in a game awash with money : hunger.

The Leicester story is so rich that sex scandals in the Far East and royal influence from beyond the grave are mere footnotes. Leciester have vaulted an impassable gulf of finance and privilege in modern‑day Big Football to re‑energise the most inspiring sporting principle of open competition

“This is a small club that is showing the world what can be achieved through spirit and determination. Twenty-six players. Twenty-six different brains. But one heart.”