In many ways, Iceland have no right to feed at the top table of world football. A nation of just 325,000 people marooned on a volcanic island in the North Atlantic had barely left a mark on the sport.

A nation miles away from the bright lights of the European Football, Champions League. Until a few years ago… One European Championship quarter-final appearance and a maiden World Cup qualification later, they are now no longer living off crumbs. 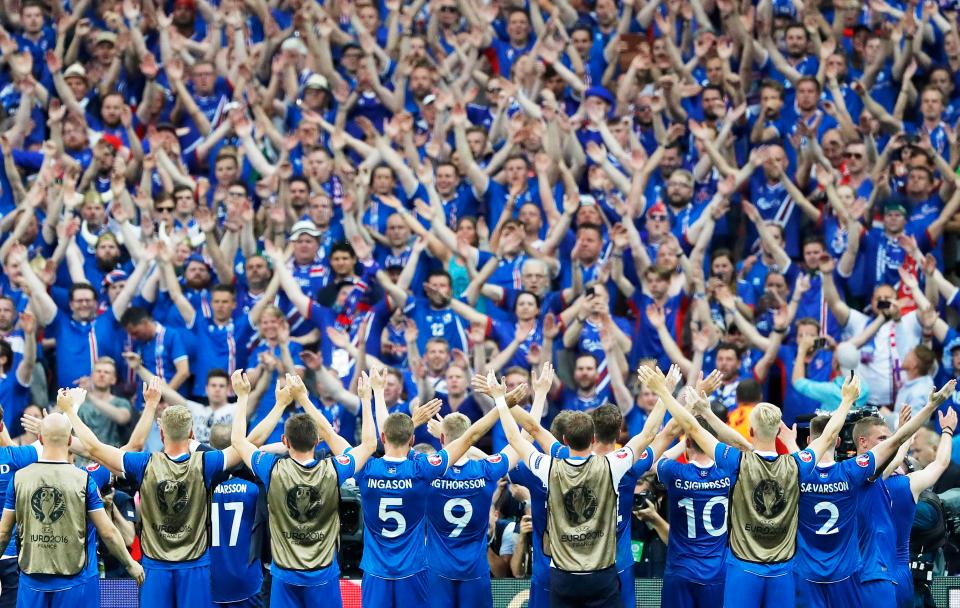 Fishing and agriculture had for some time provided Icelanders with a living, and with a previous unsurprising dearth of full-size natural football pitches, it was barely surprising that as recently as seven years ago the country’s national team sat outside the top 100 in FIFA’s rankings.

The island nation now has tilled the volcanic soil and reaped the benefits of high coaching standards, volume training, and player preparation from the isolated ecosystem of thin, volcanic soils.

Iceland has figured out how to meld the best of both the top-down and bottom-up approaches regarding player development. Icelandic football is enjoying an impressive and unprecedented gilded age and surge of footballing success to the point one wonders what is in the water of the islands’ famous geysers that yields such proficient players the likes of Eidur Gudjohnsen, son of Arnór Gudjohnsen, Gylfi Sigurdsson and Aron Einar Gunnarsson.

Arnar Bill Gunnarsson, Director of Education for the Icelandic Football Association (KSÍ), believes the improvement is the result of consistency, education, and an iron-clad national mentality. They have a scouting system that works throughout the whole island. The island is not that small but it’s not that big. There’s no way, for example, when they choose their first group of players at the age of 14 that they miss out on any unknown but talented player.

In order for a generation of players to maximise their potential and compete, the environment in which they play has to not only be created, but it has to accommodate the lifestyle of the Icelandic people and account for the extreme conditions the island experiences. Iceland, with its harsh winter conditions and isolated location in the North Atlantic, has taken the initiative in creating the setting for its players to thrive in year-round. The result is more training sessions and chances to teach and hone the overall baseline technical ability of players in the Icelandic football system.

The uniform approach, organisation, and the concerted effort to register those turning out for clubs ensures player pools are tracked and monitored. In addition to identification, a functional and thorough scouting network is in place to make sure players do not slip through the cracks.

The players from the 2002-03 group are members of the current talent-rich generation of Icelandic footballers. In Iceland, the responsibility of player development is balanced by the FA and the individual clubs. The dependence on individual clubs with qualified coaches to drive the bulk of a player’s development is further reinforced by the consistency of the national team training camps. The role of a club in a player’s footballing upbringing is tribal in nature in Iceland and mirrors the national identity of the nation’s football.

The team would go on to shock the rest of the footballing world by becoming the smallest populated country to ever qualify for a major tournament i.e. Euro 2016. That too by beating footballing giants Holland twice along the way without conceding a goal.

During the Euros, an eye-watering 10 percent of Iceland’s entire population travelled to France just to be there. Very few of them were able to get into all of the matches, yet they took the world by storm with their now-legendary thunderclap and Viking spirit.

Progressing from a qualification group for World Cup 2018 where four of the six teams had been at Euro 2016 presented a significant task. The group was strong; Ukraine, Croatia, Turkey, all were in the Euros, then Finland and Kosovo are also very strong. Following a successful campaign of tremendous football during which Iceland conceded just one goal, it became a reality.

Four years ago, Iceland narrowly missed making their World Cup bow even earlier, having to go to a playoff against Croatia which they lost 2-0 on aggregate. In hindsight, it might be simple to be philosophical about the ramifications of suffering such heartbreak, but Director Arnar Bill pointed to another key factor, “That was crucial, we would have been ranked in a lower bracket and had to have faced a bigger team and it would have been very, very tricky. It’s so much better to be playing friendlies and relax instead.“

This ability to learn from previous years has been a significant factor in Iceland’s incredible success. The disparity in wealth, even despite the added funding from last summer’s head-spinning tour of France that Arnar Bill mentions, is something that will never be closed in all reality.

When the English FA spends in the region of £1bn on the new Wembley and the lavishly-designed St George’s Park, one realises there are different stratospheres within the footballing universe. At the same time, there is a wholesome satisfaction for the neutral to realise that money is not the single most decisive factor in building a stellar team.