Birdman is everything you want movies to be : vital, challenging, intellectually alive, visually stunning, emotionally affecting. It’s a film that’s both technically astounding yet emotionally rich, intimate yet enormous, biting yet warm, satirical yet sweet.

A washed up actor tries to reclaim his fame on Broadway with a new play. As this is happening he has to handle with new actors and has to re-kindle his relationship with his daughter. But most importantly, he has to escape the shadow of the superhero he used to play, Birdman.

Riggan Thomson has staked the last of his superhero savings on writing, directing and starring in a Broadway adaptation of Raymond Carver’s “What We Talk About When We Talk About Love” in a last-ditch attempt to claw back a shard of artistic integrity.

A compelling portrait of artistic angst and existential collapse, it starts as a black comedy of theatrical hubris but slowly morphs into something more affecting and poignant. It’s a tour de force not only from Michael Keaton but everyone involved.

As soon as Riggan floats down to earth, a series of walls — between character and actor, onstage and off, representation and reality — begin to collapse. Riggan appears haunted by Birdman, whose image stares out from a poster hanging in the actor’s dressing room and who, in a creepy deep rasp, offers a stream of Sammy Glick-isms about career and fame. 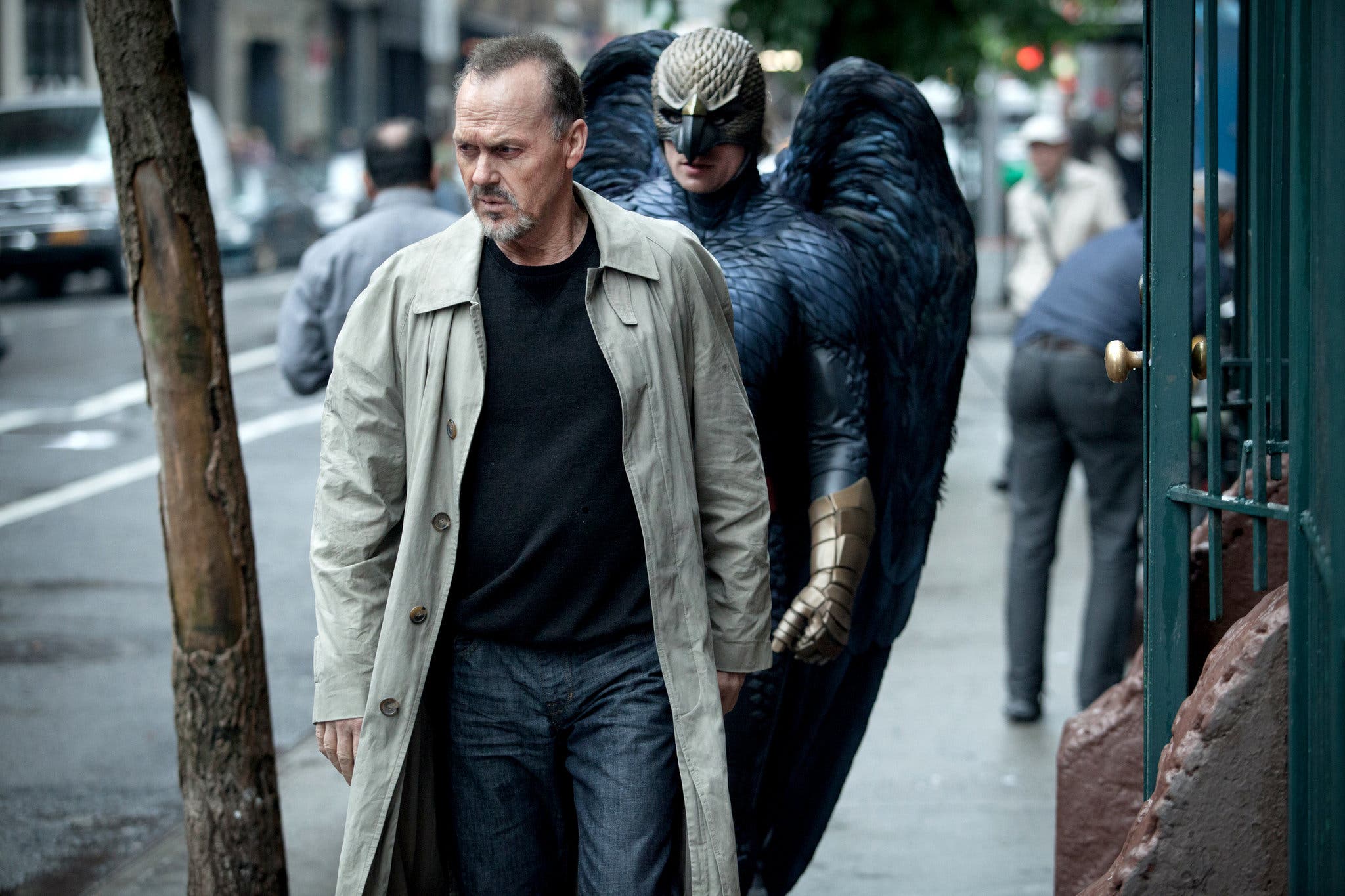 If it were built around Keaton alone, Birdman would be strong enough, but Iñárritu draws a clutch of stellar turns from Ema Stone, Zach Galifianakis, etc.

But, best of the bunch, is Edward Norton’s Mike Shiner, an arrogant creep of a movie actor called in at the last moment to help boost ticket sales. Be it unnerving Riggan by memorising his lines prior to first rehearsal or drinking real gin instead of water on stage or hitting on his co-star, Norton does for Birdman what Ben Affleck did for Shakespeare In Love — gives it a swift kick up the arse…

At one point during Birdman, Michael Keaton’s Riggan Thomson deludes himself that he is his superhero persona, Birdman, skimming through the skyscrapers of New York at a dizzying speed. It’s an image that could stand for the film itself: untethered, a feel for the slightly ridiculous, completely exhilarating. Alejandro Iñárritu has conjured up something that takes on board huge issues… sanity, narcissism, parenthood, marriage, creative integrity, artistic legacy, but with a directness and lightness rarely portrayed before.

Birdman did an astounding job with its long takes – single, seemingly unedited shots of several minutes or more in length. Working with the brilliant and inventive cinematographer Emmanuel Lubezki (who won an Oscar this year for shooting Gravity) , director Alejandro González Iñárritu took the impossible task to make Birdman seem like it was shot entirely in a single, continuous take. This was achieved by combining several long takes and making their transitions as hidden and seamless as possible. According to Lubezki, most shots are around ten minutes in length with the longest take around fifteen. Even a single one of these takes would be considered a daunting and possibly unnecessary task in a production.

Through impossibly long, intricately choreographed tracking shots, the camera swoops through narrow corridors, up and down tight stairways and into crowded streets. It comes in close for quiet conversations and soars between skyscrapers for magical-realism flights of fancy. A percussive and propulsive score from Antonio Sanchez, heavy on drums and cymbals, maintains a jazzy, edgy vibe throughout.

Riggan spent the entire film trying to separate himself from Birdman via the play. He was essentially in a battle with critics and public perception because he knew he had to overcome their recognition of him as Birdman first, actor second.

He is trying to put together a “genuine” piece of art, but the NY Times critic is determined to bash him solely on her predisposition that Hollywood-types only come to Broadway to show that they’re an actor. He has a verbal altercation with her and tries to explain why this is real art, but she will hear none of it. His reasons behind putting on the play aren’t really genuine until after this scene, when he decides to swap in the real gun, but they are symbolic of his decision to rid himself of Birdman because no one else will be able to see him through another lens until he can do so himself.

On opening night, she is able to see the play differently because she can sense his motivations shifting from pining for a good review to producing a play for love of the performance.

After being shot on the nose at the end of the film, the Birdman ego is sitting on the toilet in the hospital room. It’s fully submissive, and it’s silent for the first time; it doesn’t utter a word. Riggan looks at it, and says, “Good bye, and fuck you.” These are  the words of a Riggan fully rejecting it.

That’s “the unexpected virtue of ignorance”… He’s ignoring that ego now because he knows it doesn’t bring him real happiness or validation. He doesn’t need it anymore. He has his daughter, and maybe his wife, back on his side now. 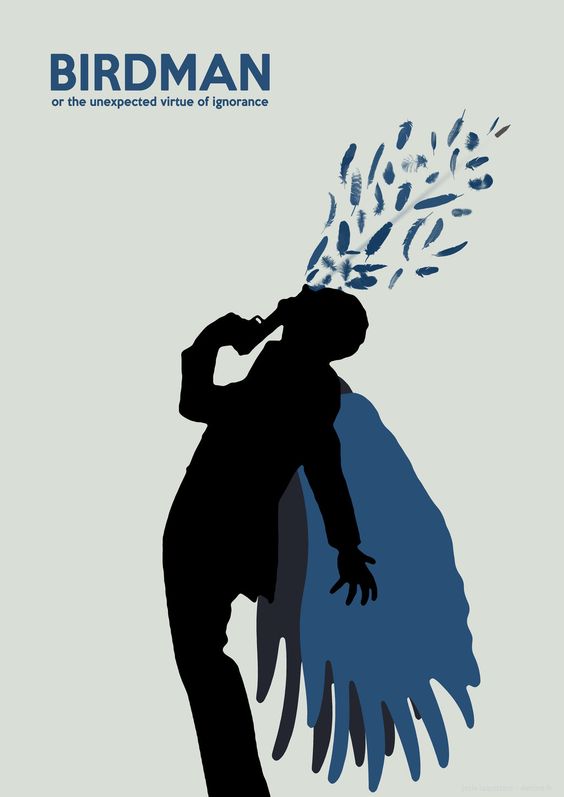