Do give a read to Part I for an overview of different ways to get started with the world of podcasts..

Some of the best podcasts which can serve as a good starting point to podcasts across different categories. You’ll be able to find most of them in any one of the apps mentioned in the earlier post.

A podcast about the internet’ that is actually an unfailingly original exploration of modern life and how to survive it.

This is truly one of the best made podcasts that explores the internet and its culture. The dedication to making good content is awesome.

Note to Self
“Is your phone watching you? Can wexting make you smarter? Are your kids real? These and other essential quandaries for anyone trying to preserve their humanity in the digital age.”

Planet Money
The economy, explained, with stories and surprises. Imagine you could call up a friend and say, “Meet me at the bar and tell me what’s going on with the economy.” Now imagine that’s actually a fun evening. That’s what the guys go for at Planet Money.

Stuff You Should Know
Really interesting topics being covered, and you always learn something new.

Dan Carlin really takes history from “boring statistics in school textbooks” to “awesome story with depth, twists, and turns.” I have seen people who hate studying history listen to one episode of Blueprint for Armageddon or Logical Insanity and suddenly fall in love with the field. I can be a bit biased because I’m a history nerd, but nothing has ever made me care so much about people who lived 5,000 years ago than his King of Kings Podcast. Also, Blueprint to Armageddon is wonderful in every way. Certain parts of that legitimately sent shivers down my spine. 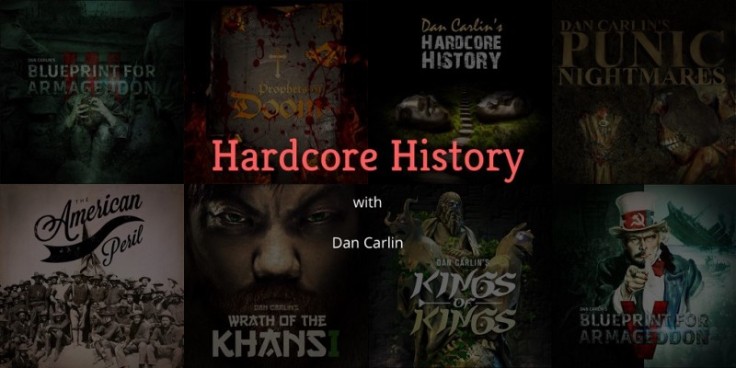 Myths and Legends
This show brings you folklore that has shaped our world. Some are incredibly popular stories you think you know, but with surprising origins. Others are stories that might be new to you, but are definitely worth a listen.

History of Rome
The podcast covers the entire history of Rome from mythical founding to around 700 AD. Very accessible and he has a wonderful slightly folksy delivery which keeps 1400 or so years of history entertaining.

Lore
Lore is an award-winning, critically-acclaimed podcast about true life scary stories. Lore exposes the darker side of history, exploring the creatures, people, and places of our wildest nightmares. As their tagline says, Because sometimes the truth is more frightening than fiction.

And if you’re more of a visual entertainment fan, this podcast also has been developed as a anthology series by Amazon recently !!

You Must Remember This
This is the podcast dedicated to exploring the secret and/or forgotten histories of Hollywood’s first century. Karina, the host, tries to sort out what really happened behind the films, stars and scandals of the 20th century.

Game of Thrones — The Podcast
Each episode of GoT is so dense with story, backstory and characters that sometimes (usually) you need these guys to sort it all out for you. They’re excellent at that with a solid recap full of tiny details that you might have missed and all the background you need on characters.

Football Weekly
A rotating cast of incredibly knowledgeable football writers from the Guardian newspaper join host James Richardson for a twice-weekly round-up of the English game and the biggest stories from the continent.

Football Ramble
This podcast took a little bit of getting into because it really does sounds like four mates sat around in the pub chatting about the game and winding each other up. But persevere with it because they know their stuff and often bring a surreal sense of humor to the conversation. 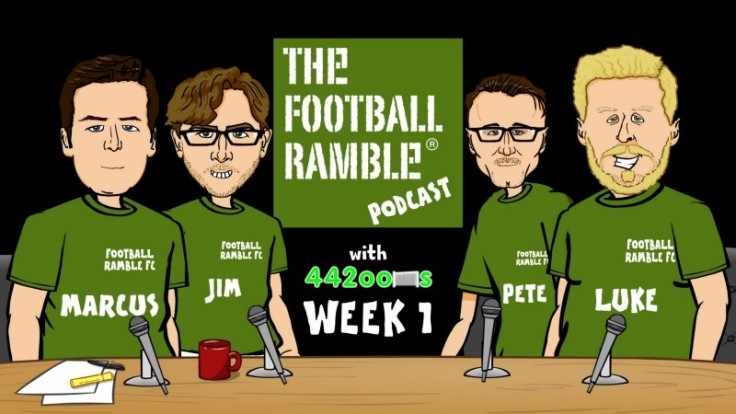 The Dollop
The idea is to write up an unknown story from American history and read it to a fellow comedian each week. It’s also educational in the sense that you learn history facts you never needed to know but are glad you found out about. If you check it out start with the first episode and go from there. 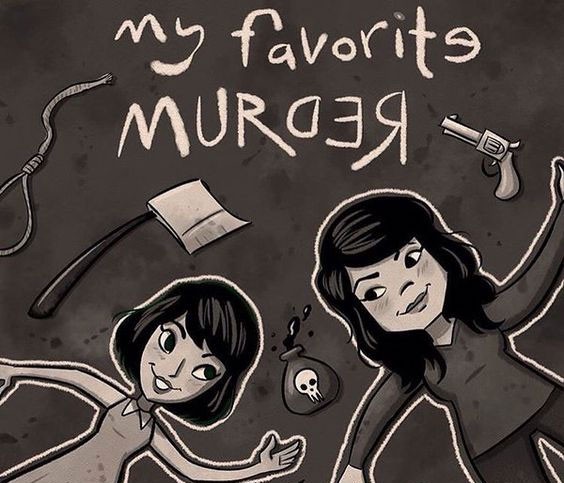