Forget Guardians — Vol I, this was undoubtedly one of the biggest gamble taken by Marvel. Ant Man, Guardians, Iron Man… these are supposed to be the funny ones, not Thor. NEVER THOR.

The hero is not an irradiated Earthling or a guy in a metal suit, but a surfer-blonde extraterrestrial who also happened to be a Norse god with a magic hammer. And he finally found his stride in this universe…

Plot :
Death goddess Hela (Cate Blanchett) returns from exile to claim the throne of Asgard, thrashing Thor (Chris Hemsworth) and banishing him to the fighting pits of Sakaar. Imprisoned, the almighty Thor must fight for survival and race against time to prevent the all-powerful Hela from destroying his home and the Asgardian civilization.

Review :
The Marvel Cinematic Universe’s most audacious entry so far, Thor’s third stand-alone movie goes there with wild, bold choices… and it succeeds, epically, on many levels. We now have Thor: Ragnarok, which is perfectly acceptable as an action movie but moderately inspired as a comedy.

It’s as gonzo-funny as the Guardians of the Galaxy movies, it steps up the sci-fi from those and the Avengers entries, it expands on the best mythological threads of the previous Thor films, it introduces exciting sword-and-sorcery action, and it even allows for real, believable character growth.

Not only does Waititi stir these ingredients together with the aplomb of a mad-but-brilliant chef, but he boldly adds his own special sauce with his quirky humor and even the use of Led Zeppelin’s “Immigrant Song” as a kind of new, perfectly chosen theme for Thor.

We’ve seen hints of it before in Ghostbusters movie, but Ragnarok fully unlocks Hemsworth’s Thor as a likable comic figure capable of personal growth. He’s actually evolving into the great king he must become, while getting funnier with each appearance.

Although, a wonderful comic timing along with the physique like that gives absolutely no chance to all men across the world. Give us a break, Chris !!

In short, Jeff Goldblum is like goldust in today’s Hollywood.. wish we could see him in any kind of role in every movie !! 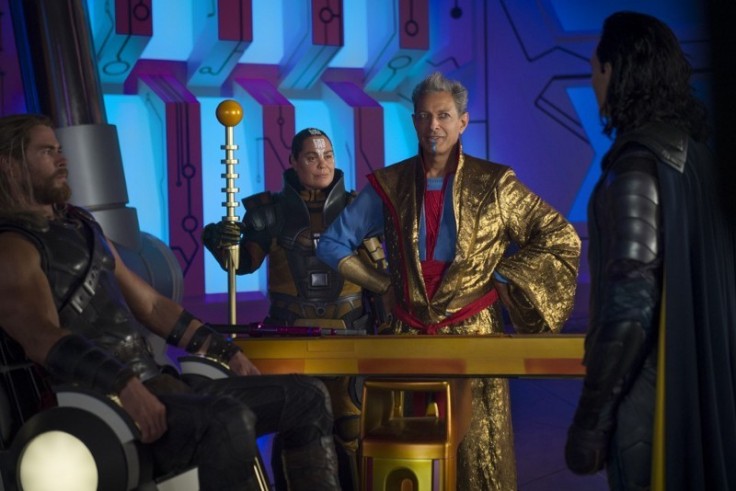 For too long, the weight of keeping a Thor enterprise entertaining was shouldered by Tom Hiddleston, who looks bored by now on the contrary. And definitely deserves a break from this series now, with the constant character arc changes across the Thor movies and Avengers.

Also, introduction of Cate Blanchett’s Hela in the movie felt a bit hurried and could have been portrayed in a better manner , with more scope of character building for her as well.

But when put it all together, and you have just over two hours of entertaining but profoundly silly superheroism — which, again, may be what we ought to have expected from the beginning, had the likes of Christopher Nolan not come along to implausibly elevate our expectations. Sometimes, a guy in tights is just a guy in tights…

And lastly, watch out for Matt Damon and Luke Hensworth’s totally unexpeted yet brilliant cameo as well.. !!